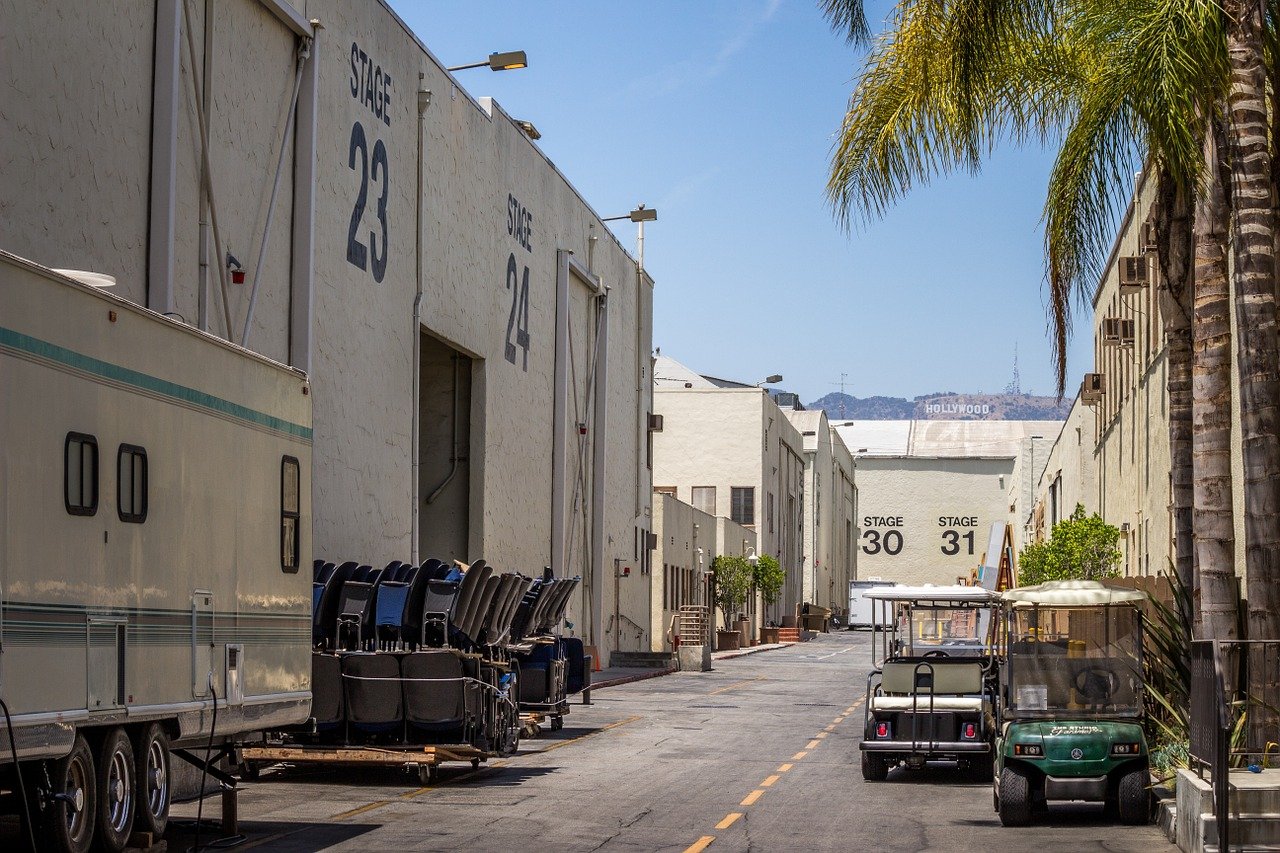 The AD Department is the organizational lynchpin of the entire production process. It is the AD department that ensures anything actually gets shot.

The department is led by the First AD (First Assistant Director) who leads the crew every day during principal photography, having determined the shooting schedule earlier in pre-production. They are the time-management heroes. During pre-production they communicate constantly with other Departments, especially Art Department and Locations, to make sure everyone understands the details of the schedule and especially if anything changes.

This person works closely with the Director to know what shots are required for each scene. During the shoot, they work with the DP to get the set ups started. They will have a very strong grasp of how long things should take, and know to the second if the day veers off track, while also keeping the bigger picture of the entire shoot in mind. During each take the 1st AD (often just referred to as the AD) calls “Roll Sound” when everyone is ready, in preparation for the Director calling “Action”. They also announce such things as “moving on” or “going again” (or the tongue-in-cheek “one more for the love of filmmaking”), depending on the Director’s feeling for the last take.

The AD communicates frequently with the script supervisor, who will express when some shot is missing, there is a continuity problem, or if dialogue is compromised. If any department head, such as the sound mixer, notices a problem with a shot, they will speak up to the AD immediately, so that another take can be gotten, often while the Director is consulting with the actors. They are also broadly responsible for safety on the set, and ensuring that there is a designated safety officer. They would communicate with the stunt coordinator, fight choreographer, and intimacy coordinator, as needed. The scenes where these people work always need extra time.

A First AD should have the ability to listen and manage people, as well as strong knowledge of SAG contracts, IATSE contracts and regulations, and organizing software for film. Given the constant state of innovation and advancement in production software and tools, it helps if they have a seeking attitude and affinity for tech. Here’s one. They are detailed oriented and can spot a missed shot number in a shooting script instantly. They have to be flexible and able to make command decisions including when a disaster happens. They report directly to the UPM or Line Producer.

The Second AD often spends a lot of time in the Production Trailer doing paperwork, such as the Daily Production Report, and ensures that the next day’s Call Sheets are accurate. This person usually has the tasks of actor management – ensuring actors receive their calls and sides, following up on drivers, keeping track of timing when actors are in makeup and the costume trailer, and calling them from their own trailers in a timely manner, or delegating this last activity to the Second-Second or Key Set PA’s (Production Assistants).

Both the First and Second AD are sometimes called upon to settle disputes, soothe a disgruntled worker, and find creative solutions around competing priorities, such as where to park different department trucks.

The Second-Second AD ensures that the crew has their call sheets and headsets, gives the Set PA’s their assignments, and keeps track of background actors (aka extras). They address any emergent crew issues as much as possible without disturbing the Second, and certainly not the First AD. They often liaise with the Production Coordinator back at the office.

The Key Set PA will often be tasked with wrangling extras, and may have the duty of walking a lead actor. (Most of the time the stars have a PA delegated to be discreetly nearby at all times, to ensure that the actor will be called to set as soon as needed.) This person may also have the daily duty of collecting all the department headsets for charging.

Set PAs are the general dogs’ bodies of the set. They may be asked to fetch and carry for other departments, and run errands, but most importantly they will “lock up” the set during a shot – that is call out “Rolling” after the AD says “roll sound” so that everyone knows to be still and silent. They may be stationed near the camera or off in the distance. Their status is lowly, but their value incalculable.

Office PA’s (called Runners in UK) start in the Production Office doing various organizing tasks as delegated by the Production Coordinator, including running errands to set or elsewhere. Often many of these folks will segue into a Set PA job, once production begins.

In terms of career aspirations, many an AD is on their way to being a UPM, Line Producer and Producer. This is a fairly direct path to those jobs. Many are also working towards being Directors themselves, and will use this time to observe working with actors. However, the AD stands at the junction between practical management and creative thinking. In some respects the AD’s job is to be the bad guy on the day, and tell the Director that something is not possible right now – as well as find the solution to making it happen tomorrow. The AD needs to have backbone and strength of will, humor in the face of hardship, and the intrinsic qualities of leadership that inspire the respect of the motley lot of personalities that make up any film crew. I can tell you that a bad or disorganized First AD will soon become the unwitting subject of humorous songs and jokes at their expense.
Here is a link to the DGA Training Program.

If you find yourself on a set, and need help or directions, ask a person wearing a headset.

Need help getting started in Film Production. I can help. Shoot me an email at RobynLCoburn@gmail.com