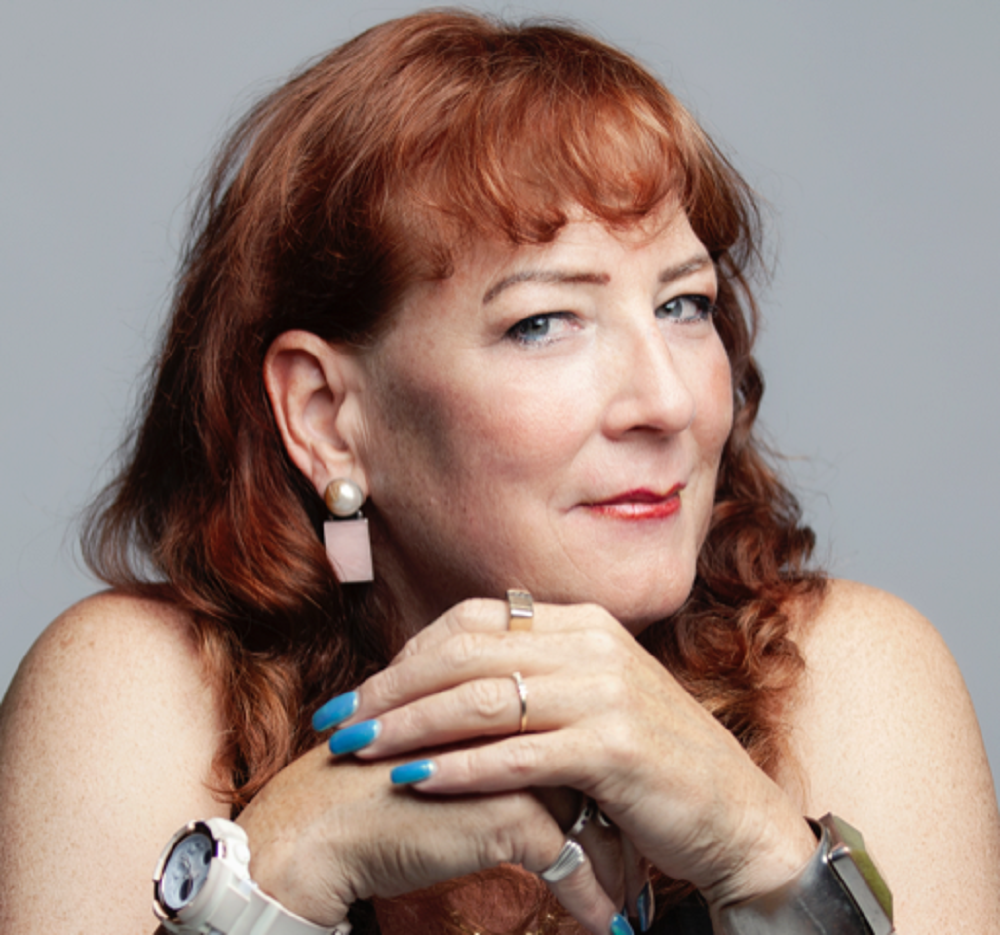 Scottie Jeanette Madden is an author, screenwriter, director and producer with a background in independent features, and as a showrunner in Reality TV. Her first published memoir, “Getting Back to Me” is currently being adapted for television, while her latest delicious combination memoir and cookbook, “Recklass in the Kitchen”, is available now.

Her most recent project is the timely documentary, Proud in a Pandemic, produced with DTLAProud, where she is also a Board Member. Sign up here to get notified about where you can see it.

Just in case she doesn’t have enough to do, she is also the Events Chair with Women In Media, one of the best and busiest networking organizations in the business. Her story is one that shows how passion makes the hard work worth it.

What was your first paid job in entertainment?

My first paid job was while I still studying film at San Diego State University. I had interviewed for an internship with a company that produced football game films. Right at the same moment I got a call from my roommate who was producing commercials for local car dealerships. They needed help and I was hired as a Production Coordinator. We were putting out weekly local packages. At the time there were a bunch of laws regarding local car ads, including that the dealership must have the actual vehicles featured in the ads on the lot and available.

As the Production Coordinator, a big part of my job was working on a computer in the post-production Graphics Department, as a character generator. This was the state of the art at the time – a floppy disc powered Mac. This was before copy-and-paste was a function. Everything had to be typed and then assigned a font in HTML. The storage medium was audio cassettes. I left the production office and went to the computer from 7PM to 3-4AM every night, to create live graphics for about 75 30 second commercials. They thought of me as one of the “elves in the engine room”.

What about your second?

I have always seen myself as a director/writer. I was mentored by the Head of the school, Dr. Don Wiley, who was a very pragmatic man, especially about the business side of show business. He was one of the original founders of NAPTE. He encouraged me to gain more practical skills, so I learned how to shoot and operate various cameras. I worked for a time as a freelance camera operator in San Diego County.

Then I had the opportunity to direct a show. The producer was a patron of my father’s bar, and was talking about his project, and my father referred him to me.

It was a magazine show. We shot through the week, then edited Thursday evening. Then I had to physically hand carry the master tape from one network affiliate to the next in San Bernardino, for the Friday time slots. There was literally not enough time or sufficient machines available to make copies, because the broadcasts were all in real time.

What was the best piece of advice you were given starting out?

Once when I was debating about a new opportunity, my then boss said to me “I will fire you if you don’t take this job.” You’ve got to grab those opportunities when they come to you.

Another great piece of advice was to use my head, and remember that this is a business. My father used to say, “The three adjectives of a loser are coulda, woulda, and shoulda.” Dr. Wiley used to call those three words “no-gooda”.

The other thing is to ask yourself: Is everything completely done to the best it can be before you move on to the next task?

What about the worst piece of advice you ever received?

The first bad piece of advice I got early on, I was told to pick a film track or a TV track, and that I would never be able to work in both. I have had more opportunities in TV in the past, but I’ve had successes in both areas.

Editor: It’s even less valid now with the streaming services taking over and blurring those lines!

I grew up in San Diego, which has always been in Los Angeles’ shadow. Whenever we got a really big project, the first thing someone would do is reach out to LA for “big name” crew people. They would be brought down to do the shows, and sometimes brought their “LA attitude” with them.

What advice do you have for people wanting to do what you do?

My outdoor/adventure filmmaking resume became very large as I rose in the ranks to eventually become a showrunner. I worked hard then and I still work very hard, so I have little tolerance of slackers.

As a showrunner and producer, it is important to be willing go the extra mile to care about the crew. Conditions can be intense. Your crew needs to see you being physically and emotionally supportive. Everyone is working so hard, I owe it to them to do the best I can, and bring the highest level of dedication and professionalism to my work too. I always want to make everyone’s work valuable.

For someone just starting out, really dedicate yourself to every opportunity. Put your full energy into every chance you find. No opportunity will be wasted.

Look for mentorship programs, so you can take advantage of other people’s resources – but give your all to those opportunities. Offer yourself up to all the advice you are given. Do that because it makes people want to help you and help your career blossom.

The other thing is you have to have faith in yourself and your ideas.

I’ve got a story from a show for which I was the showrunner. I was on a Discovery Network show called Dude, You’re Screwed. A core group of military grade survival experts and guests were “kidnapped”, handcuffed and dropped into the wilderness, where from they had 100 hours to return to civilization. The show was pretty successful into the second season when social media started to follow it. The network believed that the target demographic was males, but our experience showed that the fans on the ground were at least half women. And women loved “our dudes” but they also loved our stories!

We wanted to up the ante. The main Green Beret was beyond a dog lover – truly loved dogs. So the idea we had was “Next week we’re going to throw them out in the Carpathian Mountains – with a 7 week old puppy.” Our audience was going to see the soft side of the hero. The network people weren’t keen – the idea got push-back because they kept saying it was a male-skewing show, and the men in the audience would hate seeing a “cute puppy” and who cares if our Big Bad Green Beret had a heart, and of course, there were concerns about the safety of the puppy. But I countered saying this would be the most guarded and safe puppy in the world! So they pushed it up the ladder and said only if Discovery signs off. We were told not to bring it up.

But I believed so much that this story was the right move, that I went ahead and did it anyway. We were shooting in Transylvania. Every frame had to have Rosie in it, to stop them from cutting her out. At one point, Rosie was lost for a minute, so we retraced all our steps to include her. She was fine and it was a great episode.

So the lesson learned is: “If they don’t say no, assume it’s yes.”

Editor: You can see a clip of the adorable puppy reveal here