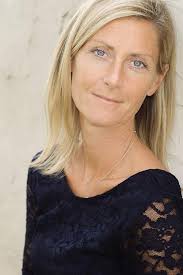 I am delighted to present an interview with Director/Producer/Writer Elizabeth Blake-Thomas.

She began life as an actor. After graduating from Loughborough University, she remained involved in performing arts, including teaching drama to kids and writing. She created some short films before segueing into producing and directing independent features with the thriller, Trust, Prey, Hope, starring frequent collaborator, her daughter, Isabella Blake-Thomas. She has won several writing and directing awards at film festivals, such as for her 2017 feature film, League of Legend Keepers: Shadows, which won a Gold Remi at WorldFest Houston.

In addition to working as a filmmaker, she has directed theater and writes books. Her debut novel (soon to be her feature film) “Arabella” is available on Amazon. In addition to blistering work schedule of writing and directing, Lizzie is also a public speaker, addressing industry panels and seminars about her special topic “Four Features in my First Year as a Female Director,” and maintains an industry focused blog. (In passing I will also mention that her website includes a fabulous example of a writer’s EPK.)

I have had several first jobs. I booked the lead in a Play aged 10. I started my own theatre company aged 16. I was then a Momager aged 30 on my daughter’s sets when she started acting. This all led to me making a decision to direct my first feature film aged 37. I approached someone who had worked with my daughter and she funded my first feature that we wrote and shot and edited in a matter of 8 weeks beginning to end! This was then just the beginning.

I was given the excellent advice that as soon as I had shot my first film I should immediately shoot my second one. So now I needed to find more money. I got a group of my daughter’s friends together and we all funded the film Pretty Outrageous! I shot it with the same crew from my first film and we shot it in ten days! It was such fun! Exhausting but fun!!!!

“Just say you’re a director!” If you want to be something just acknowledge that it’s possible! This is what I did.
Also, “You make your own Hollywood!” This allows you to understand that anything is possible. Just because it isn’t made for 200 million by Spielberg, doesn’t mean that it isn’t a real film!
And finally, the advice that I give to myself, “Just do it.”

To be told that it isn’t possible. Everything is possible and why can’t it be you!

Find your unique way in, what is your niche? How can you stand out, be different, yet still work within certain parameters. I found people that would fund my films which allowed me to learn and grow as a filmmaker, completing seven features in 3 years! Never give up, and listen to advice from people who do know more. Finally don’t have an ego, it will kill you and your career!