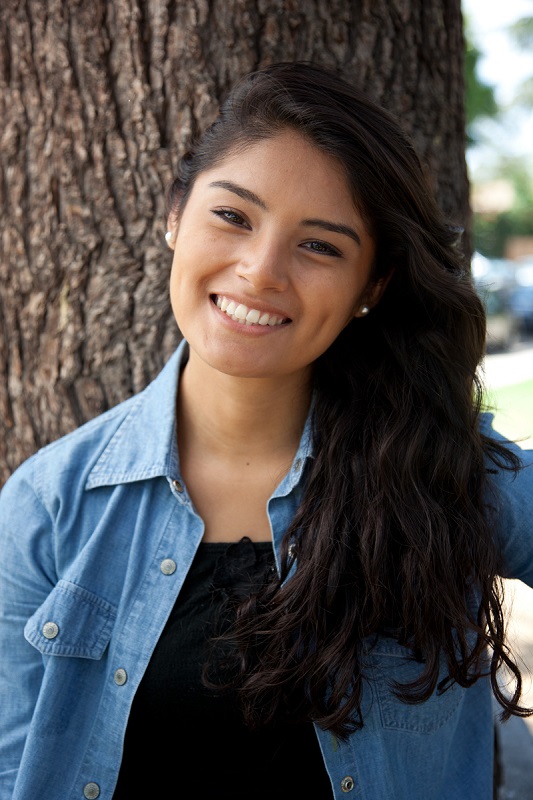 I could not be more delighted to present the wise words of this up-and-coming producer and director, Emily Aguilar. I love that her answers to my five questions are so practical and actionable!

Along with her work as an indie filmmaker and production company owner, Emily is the founder of the Global Impact Film Festival, held annually in August in Washington, DC. The festival showcases short narrative films and short documentaries, with an emphasis on the media and social justice, to promote positive change. This year’s festival will happen August 23 – 25, 2019. Submissions for next year’s festival will open December 1st. Mark your calendars! Here’s the Festival FB page.

My first job was an Assistant to Producer at a production company in Hollywood. I got that when I was a Sophomore in college. At the time, I knew I wanted to get an entry level job as soon as possible. My thinking was the faster I got a job in the industry, the faster I’d get the experience to go to the next job and so forth until I got to my dream position. I made it my goal that year to apply to as many places as possible, writing cover letter after cover letter, searching nonstop and sure enough, it paid off.

I went from a Producer’s Assistant to Production Coordinator in three years time at the production company while being a full time student in film school. By the time I graduated college, I realized something about myself. I didn’t want to have a boss anymore so that’s when I founded my own production company, The MomentEM Productions.

The best advice I got starting out was from my mentor. He said, “Put your blinders on and just make a movie,” referring to the idea that in order to win the race, horses need blinders on to not see what other horses are doing and just move forward.

With this advice, I was able to put my fears and insecurities aside and direct my first feature film. That film called Clara’s Ultimate Christmas is now distributed by Bridgestone Multimedia Group and is available on platforms such as Pure Flix, Amazon, Target, Walmart and more. I still follow this advice to this day and it allows me to not let fear get in the way of me accomplishing my goals and making my films.

The worst piece of advice I was given was “get an agent” when I was just starting my career in college. Although having an agent can be and is beneficial, I was constantly told that I needed to have an agent to be successful when that wasn’t the case. In order to be a director, which I wasn’t at the time, I needed to direct and produce content. As a student, the number one focus should be to create, make films, get that experience first hand of what it means to make a movie, no matter what resources you may have. An agent or representation will come when it’s time. But first, hone your craft, learn as much as you can and grow your skill set.

There are many directions anyone can go in the entertainment industry. If someone is looking to break into the business, I would say this: First, decide your ultimate dream job.

And third, do everything you can to get to that first step. Some may ask, “But not every job is a straight shot to the top”. Yes, that is true. For me, there were hundreds of paths I could’ve taken to become a professional director. I did some research and mapped out the steps that made the most sense to me at the time, and just did it with blinders on.

Now, I’m an award winning film director with three feature films under my belt, two of which are distributed on various platforms and the third on its way to completion. I have my own production company and cater to clients for commercials, online video course, promos and projects.

The journey won’t be easy but it will be worth it if you keep at it and stay focused.

Thank you so much, Emily.

To add on to Emily’s fabulous suggestion about working out the stepping-stones to your ultimate goal, remember that you can use resources like EntertainmentCareers.net to look at job titles. Start with the Executive jobs and see what they say about the experience needed. Then you can work your way “down the ladder” to learn about some of your options.