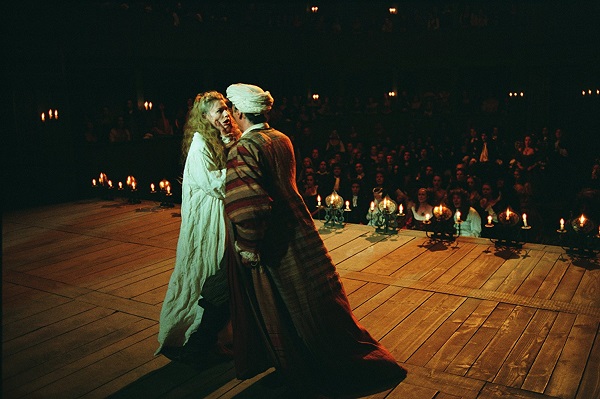 There have been some wonderful movies that feature theater – here are my favorites, in no particular order.

To Be or Not to Be (1983) – Mel Brooks takes it further – my favorite depiction of an ad lib that saves the day ever.

Stage Beauty (2004) – Just watch Billy Crudup teach her how to act for real.

The Dresser (1983) – Tom Courtenay keeps Albert Finney in character. (There’s a 2015 remake with a couple of knights, that is most likely fabulous too, but I haven’t seen it.)

Babes on Broadway (1941) – “Let’s put on a show” – backstage musicals – a whole genre all by itself, and pretty implausible but delightful. See also:

The Seven Little Foys (1955) – the Foys created and still own the patent on the “Peter Pan Rig” but that isn’t in this movie. But James Cagney reprises his George M. Cohan – and that’s cute.

Star! (1968) – it’s a nutty biopic but it has its grand moments, and of course Julie Andrews can sing.

The Band Wagon (1953) – as far as theater goes, it’s pretty nonsensical, but it is fun to see all the backstage stuff going wrong.

And two movies I haven’t seen but I suspect should be on the is list:

Birdman or (the Unexpected Virtue of Ignorance) (2014)