It’s no secret that most people enrolling in filmmaking courses these days want to be Directors, by which they tend to mean of Feature Films. Using someone else’s money to make personally relevant, well received, hopefully financially successful, films that express their artistry is the ultimate goal for many aspiring auteur Director/Producers. People want to be Scorsese, Spielberg, Cameron or especially Tarantino (who actually did live the dream of success with his first feature – but he’s a genius). Nobody wants to be Ed Wood.

Director is not the only film career possible. For every Director, there are hundreds of other artists, crafts people and technicians working the project. It might be argued that statistically, the best career path is towards something other than Directing, in terms of the likelihood of successfully making a living with longevity in the business. Every department has a Department Head. Every Department Head has an assistant and a staff of specialists and generalists. Everyone started somewhere.

In the olden days before TV, the Studios provided multiple products for every weekly new release including humorous shorts, newsreels, promos and trailers, a serial or two, “featurettes”, travelogues, and the B-pictures that were the other half of the “Double Feature”. They also were contracted to produce training films and what we now call industrials for the military or private companies – companies that nowadays will either do it in house or hire an indy production company to manage that work for them. This mass of content was where new Directors learned and practiced. Some stayed making the same kind of material for their entire career. Others moved on to become the luminaries of the Golden Age of cinema. I find it interesting that few were writers, and most were making the movies assigned to them.

One of the most likely or common is via Writing. Writers with either an awesomely-original-but-still-accessible idea or a proven track record of excellence may get the opportunity to direct their own script. Don’t mess up.

Another traditional method is to come up through the DGA ranks, from PA through several steps to AD (often eventually including Associate Producer credits), and sometimes as UPM’s. With this kind of network you can end up with enough contacts that you get to Direct a feature – possibly after directing Second Unit for your mentor. Don’t mess up.

A third path is sideways from another related department. Most commonly that is Cinematographer or DP. Next to the Director, the DP has the most influence over the film in terms of the shots, the coverage, and the material that will be handed to the Editor. Actors will shoot a fast glance to the DP at “Cut” to see if the take itself was good. DP’s make actors look more beautiful than they are. Second Unit DP’s win the Cinematography Oscar® nominations for their films, with sweeping location vistas and moody establishing shots. A good DP, with a track record, might be given the chance to direct, especially if they bring a script discovery to the attention of the Production company. Some Directors continue to shoot as well. Don’t mess up.

Sometimes Editors will be given a break – especially if they have a history of saving films with their cleverness. One way to be clever is to be fast enough putting together a scene to come back with “We need a shot of thus-and-such” before the company has left that set.

A lot of times the person stepping sideways into Directing will be given a lower budget film to make, even though they work in higher budget fare in their original job. Sometimes the Producers hope that the new Director will save them some money by taking on their old position too. This works reasonably with DP’s and Editors, less so with jobs that normally take the person away from set, like the Designers.

Of course there are also Actors who want to Direct, and often do get their chance once they have their own success as actors. Sometimes their opportunity is tied to acting in the same film. There is no “majority of the time” situation on this. Sometimes it works fantastically and acclaim ensues for both roles (Stallone, Eastwood, Clooney, Affleck). Other times the individuals are less successful at navigating the demands of both jobs. I think you have to be very good at both, to accomplish both. Honestly, being a successful actor is tough enough. If you really just want to Direct, maybe choose a less difficult path – and don’t mess up.

I worked in the Art Department on a long time Producer’s directing debut, and an eminent Script Supervisor’s directing debut. They were fun projects, because both were good guys. But both made many of the same mistakes any other novice director makes including misjudging how long anything takes, running out of time, overambitious planning, shooting too many takes, focusing attention poorly (such as obsessing over SFX or trick shots instead of the foundation storytelling coverage), and wishing they had more money in the budget.

There’s a theme here that you may have noticed. It is that the people given these opportunities at the top job in the business are generally those with successful track records in their other, regular jobs. Past performance is an indicator of future success. Usually it is a good indicator – as long as they don’t mess up.

Of course there are those who started as Directors, with their short films, and in related media, like music videos, commercials or single episodes of television series. What looks like overnight success, jumping from a festival success low budget film to a studio deal with name actors, belies what may be years of toiling on unrecognized minor work. Sometimes it’s not years of work, but a dense plethora of minor credits. Check out how many tv episodes Spielberg directed in just a couple of years before having the chance to create “Duel” for TV. Billy Wilder wrote 9 (nine!) screenplays in 1932 alone, before getting a chance to direct in 1934, and going on to make some of Hollywood’s greatest classics.

I suppose the very best career advice, when planning out your path to your goal, is to grab every opportunity that is presented to you and then…don’t mess up. 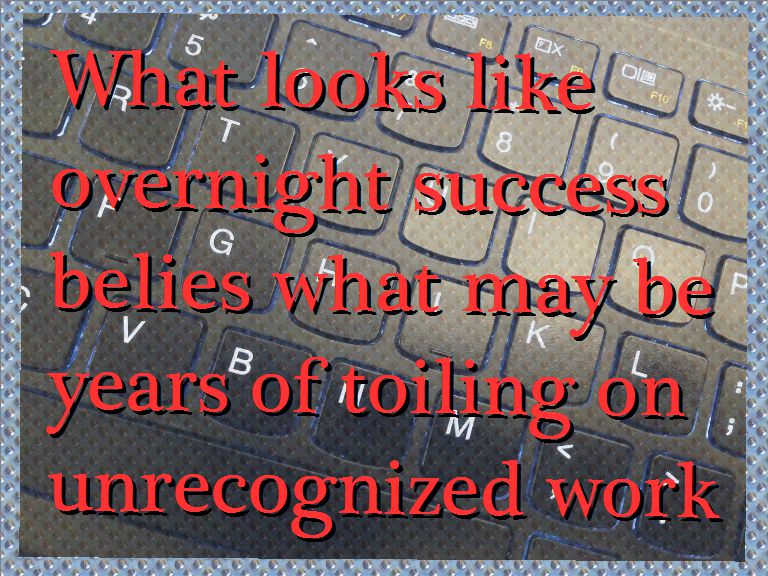