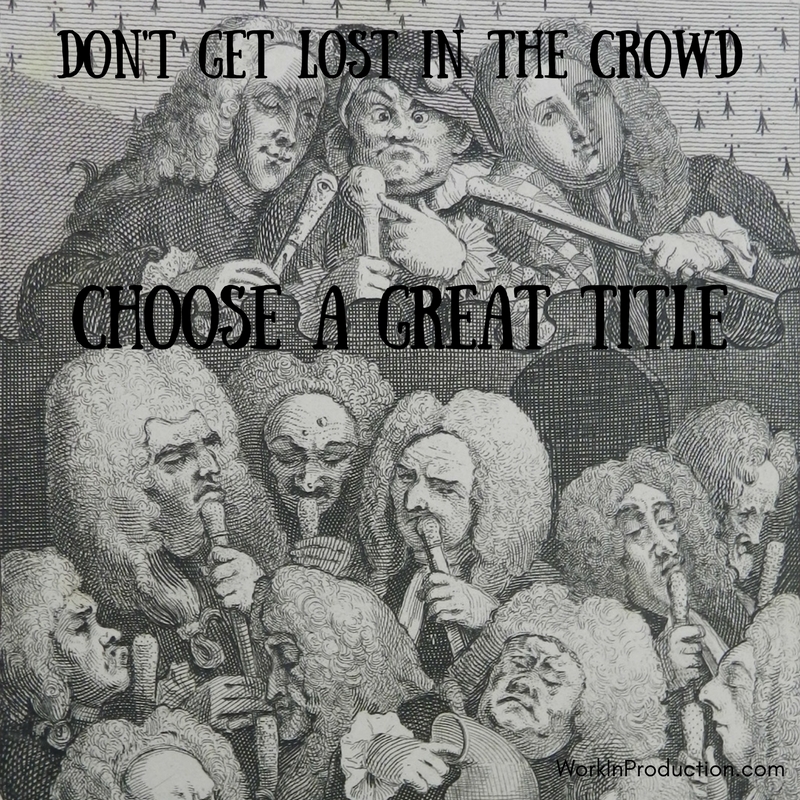 I’m going to cut right to the chase. Many of you choose lousy titles for your short films.

These are shorts that you plan to be your “calling card” films and your festival submissions. These are films that you hope will stand out from the crowd and start you off on a long career. It doesn’t matter whether they are documentaries or fiction, comedy or drama, live action or animated, quirky and artsy or straightforward narratives, of any genre. You’ve all got to get better at giving them titles that will forward your goal of being noticed and remembered, instead of giving them the same darn name as any number of other films (short and long) or TV episodes – some even in the same year!

It is very simple. When you come up with a title idea, immediately search it on the IMDb. If numerous other same or similar titles, especially other shorts, and especially recent projects of the last 20 years, pop up – think of a different one.

For example, I entered the title “One Day”. I stopped counting the projects with that title after 25, mostly shorts, but also at least one feature. (“One Fine Day” had over 25 entries too, by the way.) This is a lot of the same title, even once you discount the translations from non-English films.

Sometimes it’s not a question of many, but of the potential to confuse it with one other picture. Think of taking a meeting with someone who had seen and liked “your work”, but then come to find out it wasn’t your work at all. Here’s a case in point. I had an actor client who had starred in a short film. She gave me the title of it, and I searched it for the production information. The only film project I could find with that title was a porn pic. No judgement of people who have made a successful career in Adult film, but it wasn’t the same project and my client did not want to work in that arena at all, and I doubt the Director intended that either.

(So, there is another thing. As producers, do submit your film to IMDb.)

There will come a day when your one-word title film won’t be confused with other projects. True, there are 14 TV series episodes with the title “Dunkirk” over many years, but only three movies – including one TV movie from 2004. The last feature prior to the current one was in 1958. And no shorts.

In the meantime, don’t get lazy and choose an unimaginative or lackluster title for your brilliant and meaningful project. Apply the same creative thinking to a distinctive title and become memorable.